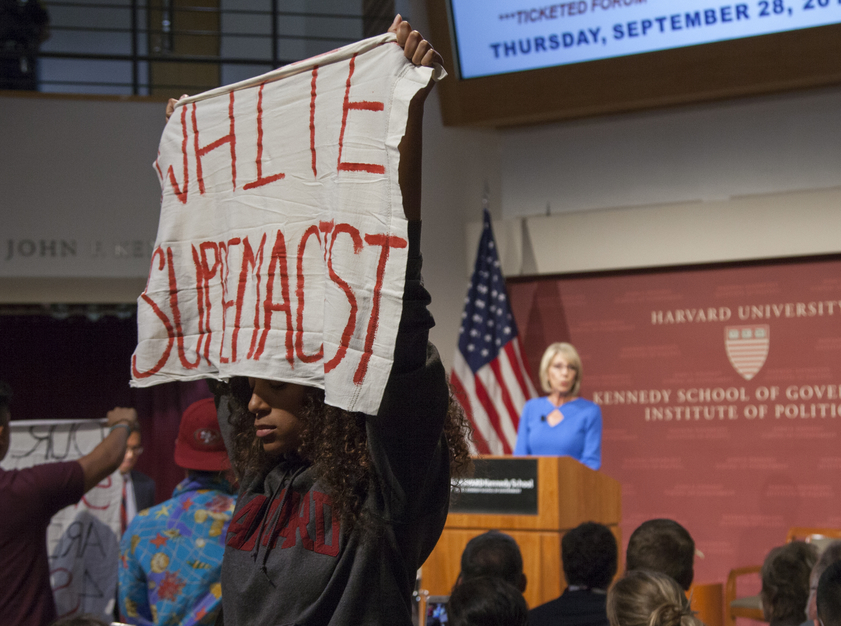 The Class of 2018 was halfway through college when President Donald Trump was elected, and survey results indicate a class unhappy with the current administration and worried for the nation’s future. While not quite suggesting a “Kremlin on the Charles,” the survey results reveal a class of largely left-leaning Hillary Clinton voters who support increased gun control, protections for undocumented immigrants, and former president Barack Obama. But over a third of respondents also disapprove of the Democratic Party, and two-thirds said they had withheld opinions in class out of fear of offending their peers.

According to the survey results, the senior class has become more liberal on the whole during its time at Harvard. Eighteen percent of those surveyed said they identified as “very liberal” before coming to Harvard, compared to 25 percent who said the same now. Meanwhile, 14 percent of respondents said they called themselves “conservative” before coming to Harvard, while nine percent identify as such now.

As they prepare to depart campus, members of the Class of 2018 generally share a gloomy outlook about the direction the country is headed: 72 percent of respondents said they believe the United States is on the wrong track, while just 10 percent said it is going in the right direction.

Two-thirds of surveyed seniors said they had at some point chosen not to express an opinion in an academic setting during their time at Harvard out of fear that it would offend others.