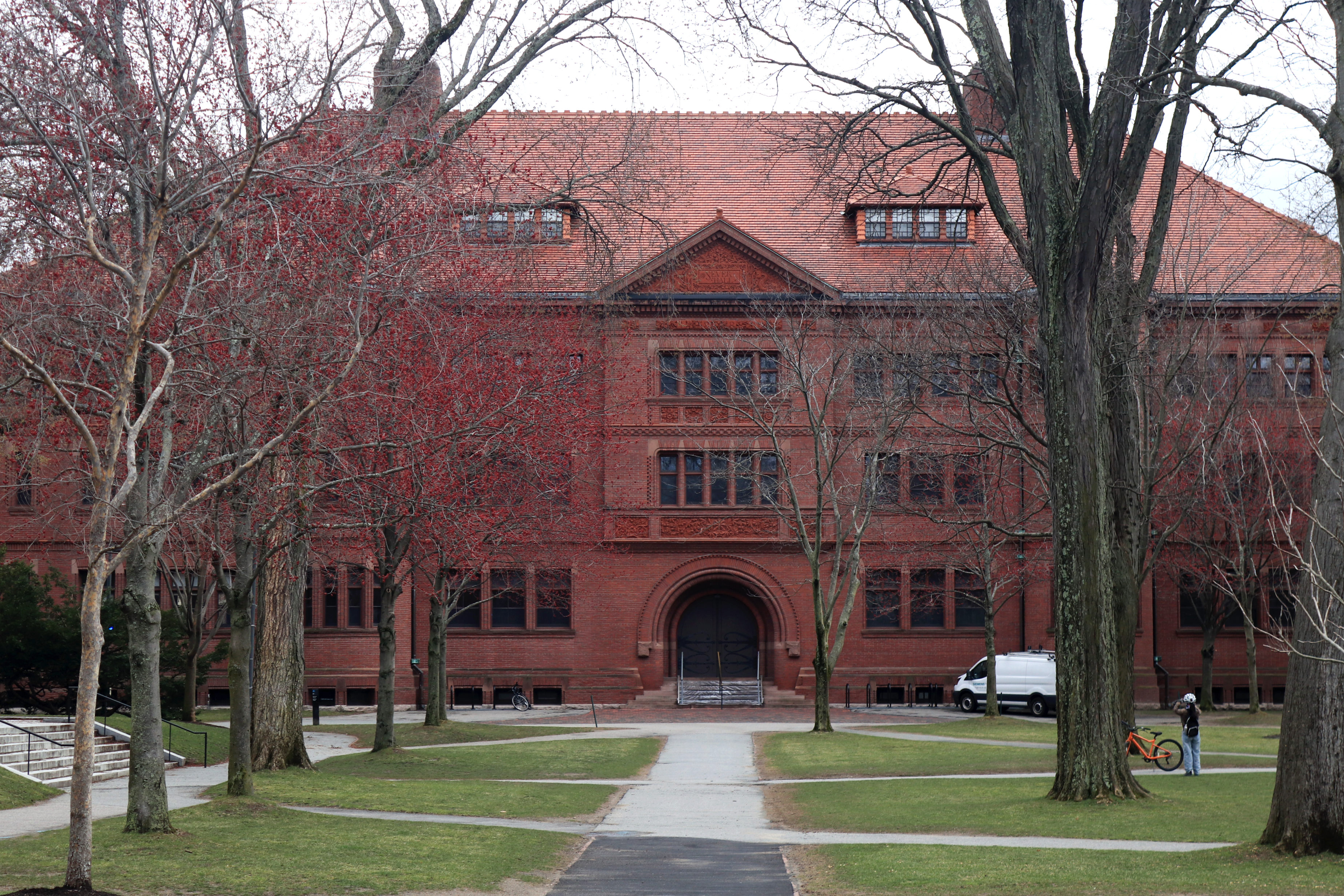 Harvard undergraduates returned to the classroom this year for the first time since the beginning of the Covid-19 pandemic — at first masked and distanced, and, after March, maskless.

The long-anticipated Science and Engineering Complex in Allston opened its doors to students this fall. The 544,000-square-foot, $1 billion campus houses offices, labs, and classrooms for various STEM disciplines.

Across the river, renewal projects continued at the College’s undergraduate houses. A gleaming Claverly Hall reopened this year after a full renovation, though other Adams House buildings remain under construction.

After initially taking a cautious approach to the pandemic, Harvard drastically shifted its Covid-19 policies over the course of the academic year. In September, masks were required in all indoor spaces, gatherings were limited, and students who tested positive had to pack their belongings and relocate to the Harvard Square Hotel isolation housing. Now, students are maskless in most campus spaces, can gather without limits, and isolate in place if they test positive — though testing is no longer required.

Academics were the top priority for the graduating class, with about 93 percent of respondents rating it as “very important” or “important.” Surveyed seniors reported spending an average of 34.3 hours per week on academics, a slight decrease from last year.

Seventy-six percent of respondents reported they would concentrate in the same subject again. More than half of respondents — 54 percent — said they wrote or are writing a senior thesis.

Grade point averages continued to rise this year. More than two-thirds of respondents — about 69 percent — said they have a GPA of 3.8 or higher rounded to one decimal place, compared to 64 percent last year and 54 percent in 2020.

Eighty-two percent reported a GPA of 3.7 or higher. An A- corresponds to a 3.67 in the College’s grading system.

Harvard professors have reported concerns over grade inflation for years. This year, 71 percent of those who responded to The Crimson’s survey of Harvard’s Faculty of Arts and Sciences said that grade inflation was “very much” or “somewhat” a problem in their departments. In December 2013, administrators revealed that the median grade at the College was an A- and the most commonly awarded grade was an A.

Just 5 percent of respondents said they were graduating with Advanced Standing, a program that allows students to use high school credits to graduate in just three years or with a Master’s degree but will be eliminated after this year.

Two years of remote classes raised concerns about academic integrity as students completed homework, essays, and even exams from all over the world.

While some instructors switched to open-book exams or trusted students to self-enforce the College’s Honor Code, others employed tracking technology to combat mid-exam internet searches.

Among this year’s respondents who said they cheated, 19 percent reported having cheated on an exam, 36 percent on a take-home exam or project, and 79 percent on a problem set or regular homework assignment.

Ten percent of respondents who reported having a 4.0 said they had cheated in an academic context while at Harvard.

Extracurricular and athletic activities resumed in-person in September — many returning from a 18-month-long hiatus since the pandemic began. The Ivy League canceled varsity sports seasons in fall 2020, winter 2020 and spring 2021.

Sixteen percent of respondents said they participated in a varsity sport during their time at Harvard, sixty-five percent of whom were recruited athletes. A majority of athlete respondents — 80 percent — played all four years.

Lowell House held the highest satisfaction rate among the Houses this year, with 94.4 percent of Lowell respondents reporting that they were “very satisfied” or “somewhat satisfied” with their living arrangements at Harvard. Closely following Lowell were two other River Houses — Eliot House and Dunster House at 93.8 percent and 92.7 percent satisfaction, respectively. Pforzheimer House, which held the highest satisfaction rate last year, fell to fifth place.

Thirty percent of respondents reported being part of a final club, sorority or fraternity, or a co-ed social group this year, up from 25 percent in 2021. The College lifted sanctions on single-gender social organizations last year.

Higher income students were more likely to be members of social organizations — while 35.3 percent of respondents whose family made a combined income of over $500,000 said they were members of an organization, just 11.2 percent of those whose families made under $40,000 belonged to such a club.