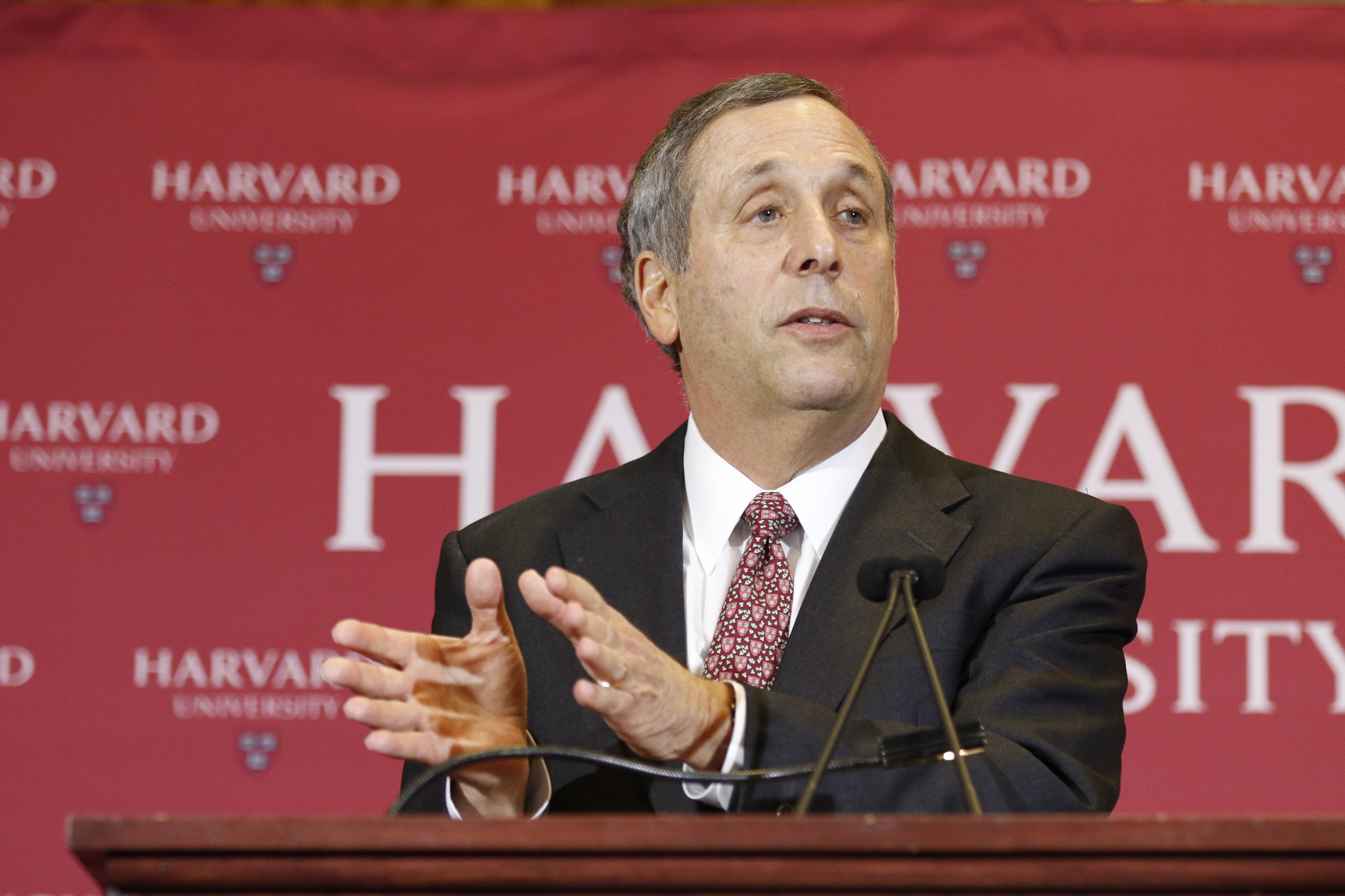 Even after over a year of virtual school, members of the Class of 2021 have seen their fair share of campus controversies. Graduating into the second year of the pandemic, surveyed seniors indicated more unfavorable opinions of key administrators than previous classes. The cancellation of in-person Commencement was particularly unpopular , with the vast majority of seniors reporting an unfavorable opinion of its virtual replacement. The graduating class is also significantly less trusting of the Harvard University Police Department, which has faced allegations of racism and sexism within the force and in the aftermath of widespread protests against police brutality last summer.

During a time when campus programming has been mostly virtual, support for Harvard administrators among graduating seniors dropped significantly over the past year. Favorability ratings for University President Lawrence S. Bacow, Dean of the College Rakesh Khurana, and Dean of the Faculty of Arts and Sciences Claudine Gay all decreased, while all three of their unfavorablity ratings have increased. Bacow’s ratings saw the biggest swing, with his favorability and unfavorability ratings roughly flipping over the past year.

Favorability for Bacow decreased by half from that reported by the Class of 2020, dropping from 44 percent in 2020 to 22 percent this year. Bacow’s unfavorability increased to 42 percent, up from 20 percent last year.

Forty percent of seniors reported viewing Khurana favorably, down from 50 percent the previous year, while his unfavorability rose five percentage points to 39 percent.

Gay’s favorablity also decreased from 2020, down from 29 percent to 22 percent this year, though the plurality of graduating seniors — 41 percent — said they had no opinion. Twenty-three percent said they had an unfavorable opinion of Gay, more than a three-fold increase from 2020.

Decreasing support for campus leaders was not just limited to University administrators, though. Only 17 percent of respondents said they favorably viewed former Undergraduate Council President James A. Mathew ’21 and Vice President Ifeoma “Ify” E. White-Thorpe ’21, down from 54 percent of support for their predecessors. Forty percent of seniors said they had no opinion.

For the second year in a row, Harvard is holding a virtual Commencement due to the ongoing Covid-19 pandemic, even as most other Ivy League and Greater Boston universities have decided to celebrate in person. An overwhelming majority of seniors disapproved of Harvard’s decision, as 84 percent of respondents said they held an unfavorable view of the University’s plans for virtual degree-granting ceremonies. Only 7 percent of seniors had a favorable opinion about the decision.

Harvard seniors maintained their level of support for divesting the University’s endowment from fossil fuels, with 65 percent of respondents saying that the University should divest in both 2020 and 2021. Seniors who identified as progressive were significantly more likely to support divestment than their conservative peers.

Following the retirement of long-standing Harvard University Police Department Chief Francis D. “Bud” Riley at the end of 2020, the University tapped Victor A. “Vic” Clay as its new chief in April 2021 after an eight-month search. Clay will oversee a department that has been tainted during the Class of 2021’s time at Harvard by allegations of racism, sexism, and favoritism, in addition to steering the force after widespread protests against police brutality following the murder of George Floyd last summer.

Entering Harvard just as the #MeToo movement began to grow in prominence, the Class of 2021 has seen multiple faculty members face allegations of sexual misconduct, including former Government professor Jorge I. Dominguez and Economics professor Roland G. Fryer, Jr . Harvard has since stripped Dominguez of his emeritus status and barred him from the FAS campus, as well as placed Fryer on a two-year administrative leave. Most recently, a Crimson investigation found that three prominent, Harvard Anthropology professors faced allegations of sexual harassment in a department marred by decades-long gender issues.

Harvard administrators also announced in March that it would merge the the University’s Title IX Office and the Office for Sexual Assault Prevention and Response into one Office for Gender Equity. The move comes after an external committee reviewed sexual harassment at Harvard and found that the University’s decentralized gender- and sexual-based harassment resources contributed to Harvard’s failure to respond to misconduct claims levied against Dominguez.

Thirty-four percent of respondents said they fully or somewhat trusted the Title IX Office and the Office for Dispute Resolution, while 29 percent said they somewhat or fully distrusted the offices.

Despite students reporting more severe mental health challenges during a year of remote classes, the proportion of seniors saying they sought counseling from Harvard University Health Services matched previous years. Nearly 45 percent of seniors indicated seeking mental health support from HUHS at some point during their time at Harvard, compared to 44 percent of the Classes of 2020 and 2019.

Seventy-one percent of bisexual seniors and 48 percent of gay seniors sought support from HUHS, compared to 38 percent of heterosexual respondents.

This year, 46 percent of seniors reported a favorable opinion of The Harvard Crimson, compared to 43 percent last year. Twenty-eight percent viewed the newspaper unfavorably, down from last year’s 34 percent.

Only about 8 percent of seniors indicated a favorable opinion of the Harvard Lampoon, a semi-secret Sorrento Square social organization that used to occasionally publish a so-called humor magazine, while 72 percent indicated an unfavorable opinion. This marks a slight decline from last year, when 12 percent of seniors viewed the organization favorably and 69 percent unfavorably.