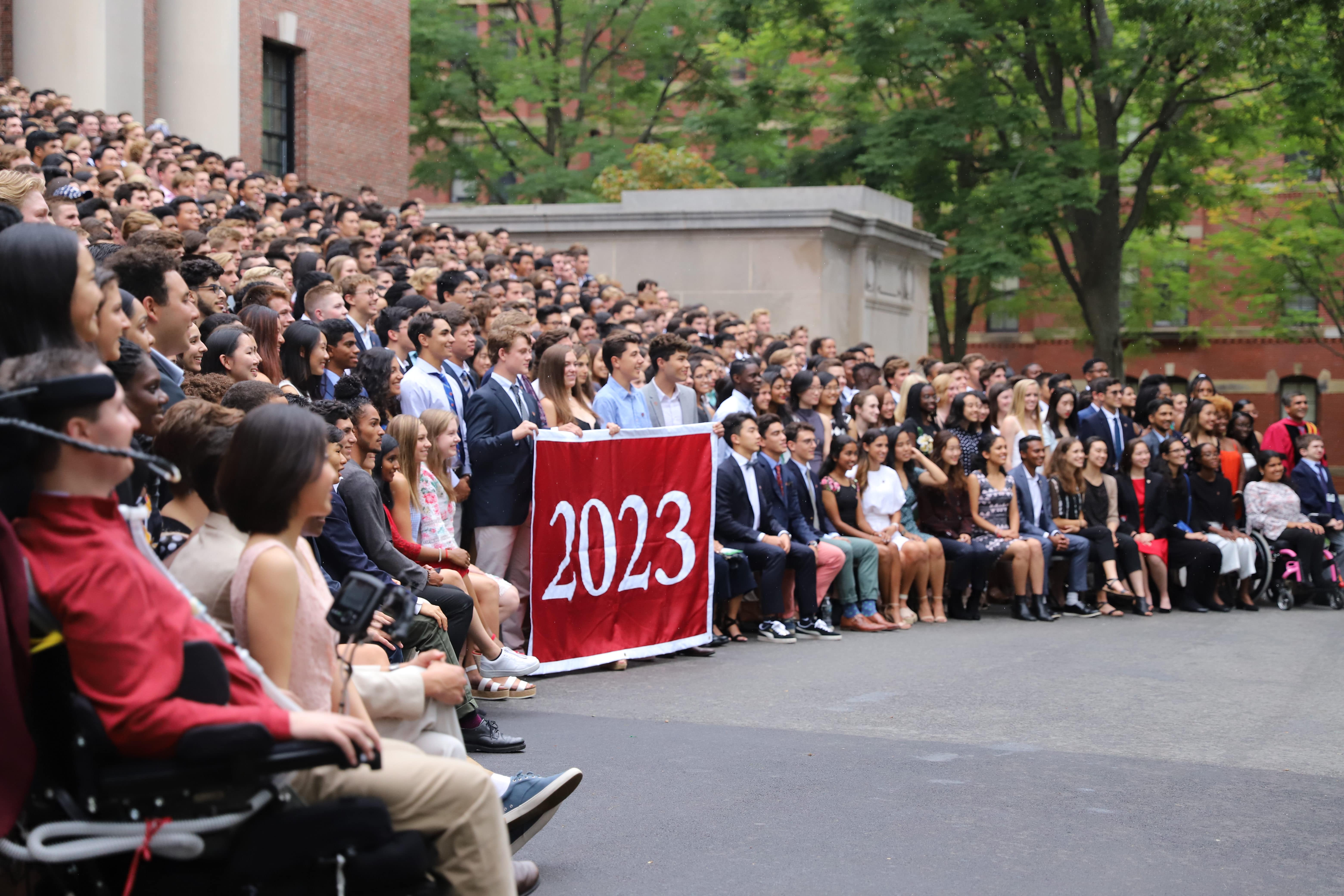 When it comes to other campus issues, though, freshmen were more divided. 35 percent of freshmen said they supported the College’s decision not to renew former Winthrop Faculty Deans Ronald S. Sullivan, Jr. and Stephanie R. Robinson; about a quarter said they viewed that decision somewhat or strongly unfavorably.

As freshmen settled into their dorms and adjusted to their new lives in Cambridge, roughly 55 percent of them responded to a Crimson email questionnaire about their backgrounds, beliefs, and lifestyles. The anonymous survey explores topics ranging from political ideology to alcohol consumption to perspectives on current campus controversies.

Of 1,666 students comprising the Class of 2023, 919 freshmen responded, representing 56 percent of the class. The Crimson did not account for potential selection bias in its analysis of the results. Due to rounding, reported statistics may not total exactly 100 percent.

The third and final installation of The Crimson’s series on the Class of 2023 examines students’ lifestyles — including their use of drugs and alcohol — as well as their religious and political beliefs.

Though new freshmen gained admission to Harvard during the most competitive application cycle ever, they do have one thing in common with previous entrants — roughly 60 percent of them are virgins. Freshmen who graduated from public high schools were more likely to report that they were virgins than those who went to private schools. 64.2 percent of freshmen who went to a public school reported being virgins, compared to 52.2 percent of freshmen who attended a private school.

Alcohol usage is slightly down from freshmen in the Class of 2022. This year, 63.1 percent of freshmen have consumed alcohol, compared to 66.5 percent last year. Results from questions about other substances, though, were much the same as prior years — except for some marijuana, Harvard freshmen generally eschew drug usage.

A slightly higher percentage of surveyed freshmen reported having sought mental health counseling than in previous years. Last year, that figure stood at 22 percent; this year, it jumped to 24.6 percent. The percentage of those who have sought counseling was roughly the same for men and women, but much higher among students who identify as gay, lesbian, bisexual, or questioning.