Like any school year, 2013-’14 was filled with winners and losers, from the kid who spent an hour on his final paper and got an A anyway to the kid whose candy bar got stuck in the vending machine, and then flunked out of college. But some winners and losers are bigger than other winners and losers.This year, FM’s done you a favor and named the 10 biggest losers and 5 biggest winners of the past school year. Why are there fewer winners than losers? Because that’s the way the world works. It’s lonely at the top. Read on for the ultimate picks. 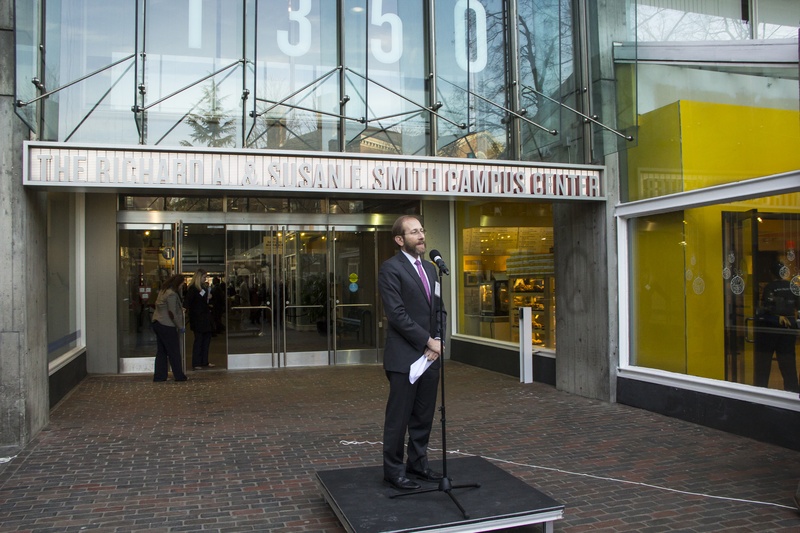 Claiming to exist. The only renovation to this building is the sign in front. Harvard, you have to remodel the building before you slap a plaque on it. We can only hope that, for the sake of confused tourists seeking Harvard Square landmarks such as Al’s and Oggi’s, they’ve updated the name in guidebooks, too.

Take away the giant foosball table. That shit is dope.

Alan Garber (pictured above), for somehow looking shorter while standing on a podium.

STUDENTS WHO GOT A’S IN CLASSES

So sure, you literally didn’t make any mistakes, but that doesn’t make you special anymore; the secret is out, and it’s bad news. The most frequently awarded grade at Harvard College is an A. You used to think you were smart, but now you have to deal with all your friends from home telling you that Princeton “actually challenges” its undergraduates. Even worse, you live in fear that the lax bro down the hall also aced his art history final. Wait, he’s Junior 24?

Ask you what you got.

Harvey C. “C-minus” Mansfield ’53 for bitching about grade inflation and nothing happening, ever.

Logan E. Leslie ’16 told The Crimson he wasn’t depending on the student vote to win him a seat on the Cambridge City Council this fall. Keep in mind that this is the guy who handed out bottle openers to students and sent them personal texts on Election Day (“Could you head to Friends Center before 8 PM?” he asked/pleaded. “Ill [sic] owe you one.”). We’re wondering what he did for the people he really wanted to show up at the ballot box. Maybe referring to homeless people as “an embarrassment” was some sort of weird reverse psychology. That’s not why Leslie is on this list of losers, though. He’s here because he is, quite literally, a loser: he finished fourteenth in the election, garnering only 482 first-place votes.

Everyone who voted for him.

You would think that this would be their comeback year. But in December, we learned that the Government Department should really never offer any 1300-level courses. Quincy House sophomore Eldo Kim allegedly issued a bomb threat on the morning of his Gov. 1368 exam, apparently in an effort to avoid taking it. Makes the Gov 1310 cheating scandal look like the good old days. Also, Gov concentrators, sorry for always having to explain why you’re not Social Studies.

Have another cheating scandal…that we know of. Anyone want to share notes for Gov 1315?

Every professor who tried to give an exam on December 16.

We don’t want to admit it, but we actually really enjoyed the first episode and may have watched it twice. That being said, a disproportionate number of internationals to domestic Harvard students in the cast, as well as a disproportionate ratio of publicity to number of episodes, puts “IVY” on this list. This “Girls” knock-off is a classic case of trying too hard. If this is anyone’s Harvard experience we’re worried. We like to think everyone at Harvard is just as lame as us. “I just don’t know what I’m doing,” one of the characters says on “IVY.” Maybe the actor’s referring to his extracurricular choices.

Call it “The Social Network.”

“Ivory Tower.” Do they still exist? Too lazy to check.

Change their concentration name, unlike a certain biology major, from something vague but with the possibility of euphemistic word play, to something just plain vague.

Latin, for being a dead language this whole time. 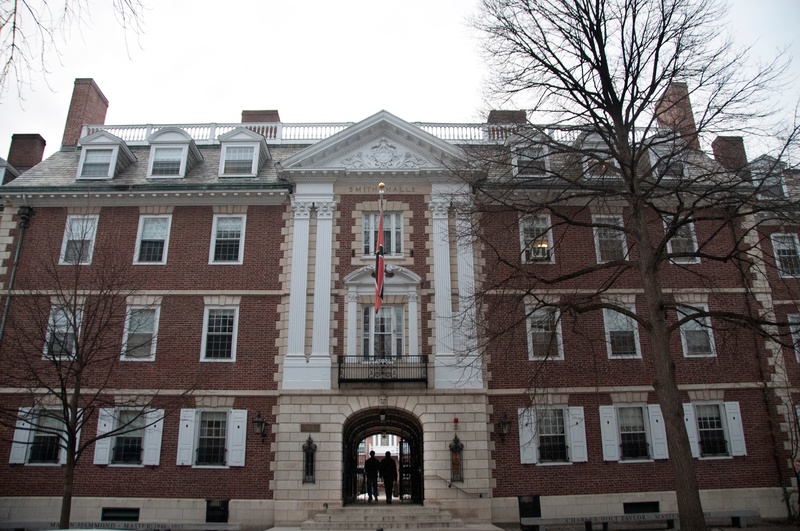 Beyoncing backfired when a whole visual album dropped by Kirkland residents for Housing Day went wrong. After complaints of disrespecting women rolled around house-lists, the videos were taken down from Youtube. But not before screenshots were taken of Kirkland women in their underwear (bathing suits?) lying down on the couches that you won’t go near ever again. Nothing screams “welcome freshmen” like a half-naked woman with a paper Kirkland symbol on her face. You just won the lottery?

At least they Didn’t:

Film their “Holiday Dinner and Dance” a.k.a., incest fest, aka, pre-game for awkward Sunday Brunch.

Pfoho and Quincy for both having a “Frozen” parody.

Printing a blog post that argued that the Jewish people deserve the past 2,000 years of persecution because they killed Jesus. The post, written by an anonymous convert to Christianity read, “We, the Jews, collectively rejected God and hung Him up on a cross to die, and thus we deserved the punishments that were heaped on our heads over the last 2000 years.” We, the editors of FM, want to make a joke about this, but Jesus, it’s so hard.

The Harvard Crimson’s Editorial Board—if people are reading your articles mainly to laugh at the youthful brazenness of your ideas, it’s probably time to reevaluate your approach.

The new Harvard Square incarnation of Danny Meyer’s much-hyped chain is exactly what we didn’t need: another damn burger joint. This slick eatery is a far cry from the original, beloved outpost in New York’s Madison Square Park, which routinely draws hour-long lines. And they don’t even serve the Shack’s signature crinkle-cut fries, to the horror of many a Yelp reviewer. The Shack’s real blunder, though, is sticking to a puritanical closing time of 11 p.m. (midnight on Fridays and Saturdays), making it an even less appealing late night dining option than Eliot Grille.

Stoop to the level of b.good and send us emails about being our “family.”

Marrying a man who didn’t go to Princeton and then telling every young woman of the Ivy League not to repeat her mistake. In March, she published a book as a friendly reminder to all the co-eds out there that we should really be spending about 75 percent of our waking hours looking for husbands. We haven’t read it, but we’d guess she spent more than 75 percent of her 250 pages urging us to go snag husbands before we graduate and they disappear forever. We’d rather spend 75 percent of our waking hours watching “Girls.”

At Least She Didn’t:

Stay married to the plebian (read: non-Princetonian) she callled her “husband” for 27 years: “He went to a school of almost no name recognition.”

AND THE FIVE BIGGEST WINNERS ARE:

After Richard Nixon resigned as president, he contracted phlebitis and faced financial ruin. After Evelynn Hammonds resigned as Dean of the College, she was chosen to lead a major research initiative at the Hutchins Center for African and African American Research. Onward and upward, bitches.

Busted everyone’s brackets for the second year in a row, made Harvard students turn on ESPN, and proved to the world that they deserve to play with the big dogs. They may not have made it to the “Sweet Sixteen,” but despite this shortcoming, they’re all real tall.

4) The College Events Board

Transformed Yardfest from a patriarchal shitshow into a religious experience, even if we dropped our crowdsurfing musical messiah. (Sorry, Janelle!) For once, we didn’t have to flee to Brown or UPenn for an adequate spring concert.

Proved that all it takes to win the universal adoration of the College student body is a quirky, well-written email. You’ll always be dean of our heart.