Advertisement
The Rightfully Recorded Last Will & Testament of John Harvard
by *As set down by Steve M. O’Donnell ’76 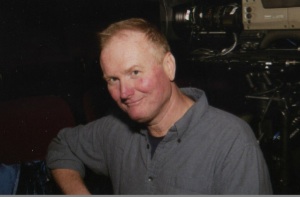 For more than three centuries, virtually nothing was known about the first major benefactor of Harvard College. Though it is remembered that John Harvard donated half his worldly estate and the entirety of his personal library (some 400 volumes) to help establish the fledgling institution, no records have ever been found establishing his date of birth, his ordination, or the exact time he emigrated to the New World. Even his general physical appearance has long been a mystery. The generous legacy he left “the schoale at Newetown” was thought to have been only a verbal one, delivered to his wife.

But just last week, a copy of his official will was found folded inside a first edition of Ahab Bardwell’s Dissertation on Heavenly Hermeneutics. Though the book was part of the original bequest left by Harvard himself, no librarian had ever thought to open it because of the deadly, deadly dullness of the subject. Here is that document.

I, John Harvard, being of sounde minde & bodye (with only a lingering touch of Plague & just a smidgen of pleurisy) do hereby commit and declare this my Final Will & Testament. September the First, Year of Our Lord 1638. (Mayhaps I should say “Year of My Lord, 1638. You may be a Hebrew or a Heathen Chinee, and who can fathom how you reckone time’s passage?)

I, still John Harvard, do gladlye bequeath the bulk of my library to the Colony’s newe colledge , that it might prosper. Through God’s Blessing and also, I further suggest, through ceaseless dunning beseechments to alumnae through the Post. The portion I mark for the young scholars’ uses are my works on Theology, Natural Science, and Philosophy.

Those volumes which (I do most vigorously assert) I do NOT bestow (but rather withhold) are those comprising my equally numerous and multifarious library of Wicked Bookes. These, I pointedly stress, were collected with the end in minde to reprehend them in condemnatory sermons—which I will get to one of these days, I promise. NOT to be imparted to the collegians: Tales of a Wanton Milkmaid, Sinners in the Hands of a Randy Sailor, and Presbyterian Wenches Gone Wilde. Any and all of this ilk are to be buried ignominiously. But NOT, I repeat NOT, until I am verily and assuredly Deceased.

Further (or is it “Farther”? I must endow a Chair of “Further & Farther-ness” at the University), I give half my fortune to the school along with the bookes. This I do freely and without onerous cavils. (Or is it “caveats”? That Know-It-All John Winthrop could tell me.) Only a churl would insist on conditions, such as a structure with one’s name upon it, or a Mad Demand that students be able to swim a Random Length, say, 100 yards. Though my Good Wife hath got all over me about it, I part with all this wealth as a Showe of Grattitude to the Almighty. Also, but secondarily, to make those cheapskates across the river look like pikers. In thy face, Ephraim Tufts & Ebeneezer Amherst! More Righteous Than Thou! (Clodpoles, the both of them.)

Humbly, I make one Request of Posterity: Ever mindful that Vanity is a Sin, I ask only that any Likeness, Engraving, or Statue rendered at some future time in recollection of Myself treat not my hideous & off-putting appearance. (Or so sayes my Good Wife.) By God’s Mercy, leave out my Enormous Ears and my Bottle-Bottom Spectacles. Fashion not, I entreat you, any of my other Bulbous Imperfections. But rather portray me as Comely & Faire. Like that dreamie Miles Standish the Plymouth ladies are all so keene about.

My Good Wife (who, like me, is a Dissenter, but she is REALLY a Dissenter, if you get my meaning) has a particular and prudent caution: In years to come, pray do not costume any undergraduate in Pilgrim Garb and have him disport himself at athletic contests in my name. That would surely squander all the Devout & Sober work we Pious Puritans have done here in Massachusetts. (Why my Wife worries about Such Things, only Our Maker can know. But she was right about not using a spoon just used by a Small-Pox victim, so I listen to her.)

It is meet & fit (or is it “fit & meet”? I forever bollix those two!) we endeavor to advance knowledge. We dread to leave an illiterate ministry. (It is already a problem. Anyone else have trouble spelling “Cowperthwaite”?) To that purpose, I commend this paper, which I waited until the last minute to scriven. May it be the last “All Nighter” seen on these shores. Under the Faultless Light of Providence, I am sure it Will Bee.