Advertisement
Inside the Comedy Studio
by Sam H.Koppelman 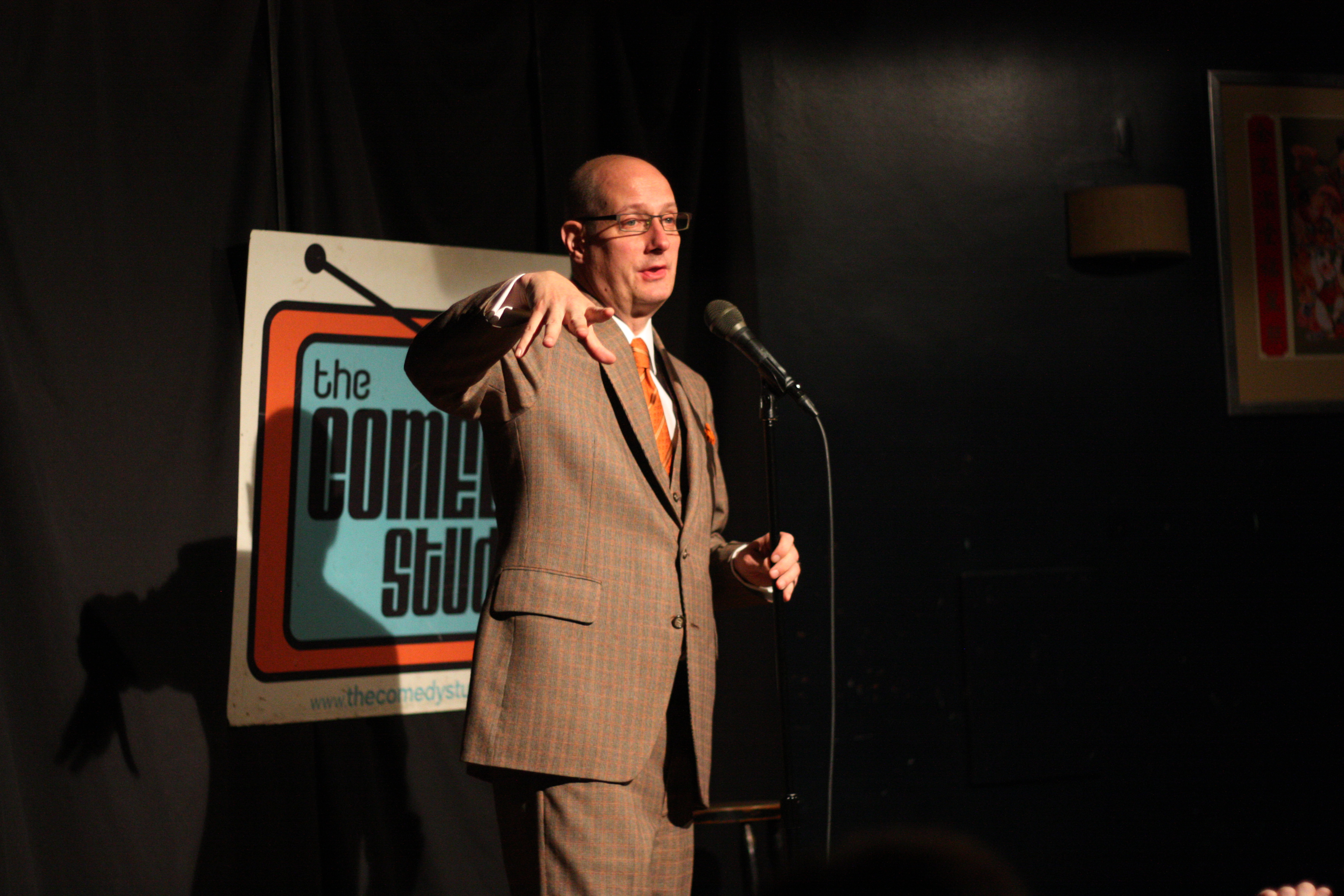 “No one’s here by accident—that’s our slogan,” founder and owner of The Comedy Studio Richard Jenkins—dressed in a three-piece, Johnny Carson selection suit—tells the crowd of a Wednesday night show. And he’s right: The Comedy Studio isn’t the kind of place you can just wander into.

Located three flights of stairs above the main dining room of the Hong Kong Restaurant, Jenkins’s almost surreal club—full of decorations ranging from David Letterman cue cards to Chinese food menus—feels like the type of hidden hub for artists you’d only find in a novel (or, perhaps, a Stefon sketch on Saturday Night Live).

But in spite of its nearly hidden location and a complete lack of advertising, The Comedy Studio, founded in 1985 by Jenkins and a few of his fellow comics, sells out almost a week ahead of time. “We just got very lucky that our little Sunday night [show] nobody knew about became a Friday [and] Saturday show nobody knew about, that eventually became [a six day a week show] that now enough people know about,” Jenkins tells me, holding (but not yet drinking) a glass of white wine, as people begin trickling into the club for the show.

In the almost 19 years since opening, Jenkins has transformed the attic of a Chinese restaurant into one of the most important and influential comedy clubs in the Boston area—a club that regularly hosts some of Boston’s best comedians and, occasionally, welcomes some of the most well-known comics in the country (like Louis C.K., Mike Birbiglia, and Gary Gulman).

Daniel J. Fitzpatrick ’15, a co-President of the Harvard College Stand-up Society, describes The Comedy Studio as “the quintessential comedy club.”

“It’s a comedy club for comedians,” he explains. “Great atmosphere, very supportive line-up.” Another comic who performs at The Comedy Studio, Shaun T. Clark, argues that the club is not just an important place for comedy, but “an iconic place for Boston.” 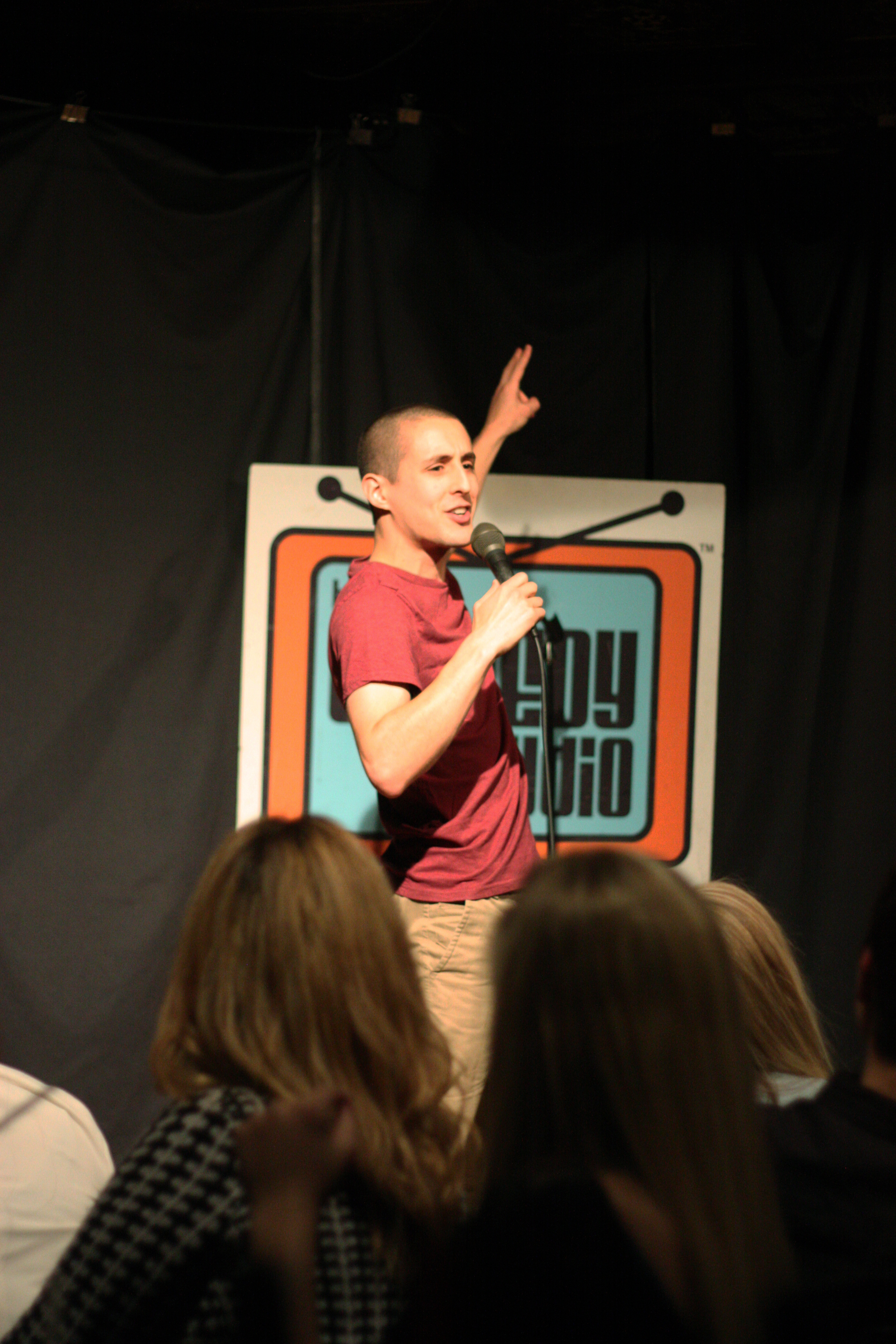 Andrea S. Hogan, the club’s room manager, agrees. “[Jenkins] takes in the misfits that come and hang out and aren’t doing comedy yet,” and let’s them stay as long as they “show up and want to help [out] and…care about the place.” For that reason, she explains, working at The Comedy Studio is “definitely not just a job.”

“I’d be here every night, no matter what,” she says.

The club’s location above The Kong comes with pros and cons. For instance, every night, at 10:00 pm, the tables and chairs get put away, the curtain and cameras get stored, and The Studio disappears, becoming a dance club. But the fact that The Comedy Studio vanishes every night and is essentially hidden to the public also adds to the mystique surrounding the club. As a result, the people who show up to the shows are, more often than not, there “to see a good comedy show,” Jenkins tells me.

As for the main danger of The Kong—the infamous Scorpion Bowl—Jenkins remains unscathed. “I stick to beer and wine,” he tells me, with a smirk. “I think that’s part of becoming a drug dealer—staying away from your own drug.”